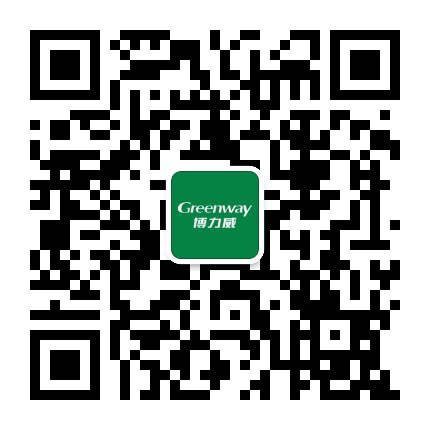 Home page
>
Battery Knowledge
>
Do lithium-Ion batteries have a memory-type, effect, and care?

Do lithium-Ion batteries have a memory-type, effect, and care?

What kind of batteries has a memory?

Few kinds of batteries appear to have a memory where a battery seems to only remember that some of its storage capacity has been taken which results in it not supplying its full energy. It is mostly referred to as the memory effect by experts who reason that it comes about due to incomplete charging and discharging cycles.

The memory effect has existed for quite a while now and the, most known batteries with these effects are Nickel-Cadmium and Nickel-metal hydride batteries. This effect has always made these batteries hold the little charge and this happens mostly when these batteries lose their energy capacity due to recharging repeatedly only after being partially discharged.

Nickel-metal hydride battery is a type of a rechargeable battery that is also identified by its abbreviations such as NiMH or Ni-MH. These batteries are mostly used in some hybrid vehicles such as the Toyota Highlander. It has several advantages that users enjoy such as; it is environmentally friendly, has a wide temperature range, however other users complain about it mostly due to; its limited service life which is caused by deep discharge and also due to its high self-discharge among others.

Like the nickel-metal hydride, the nickel-cadmium is also affected by the memory effect. This effect occurs when the battery is discharged repeatedly but partly and the later recharged without having discharged fully. This means that the overall capacity of the battery becomes reduced and the battery seems to only remember the amount that is normally discharged. This effect however can be reduced by ensuring that the batteries undergo the complete discharge before recharging. To some of the nickel-cadmium applications, the memory effect is a limiting factor hence the user should remember to discharge fully always.

Lithium-ion batteries do not have memory effects like nickel-metal hydride and nickel-cadmium have. These batteries instead of when it fully discharged its life cycle is reduced and if it is discharged below 2.5-3V/cell short-circuiting occurs or even permanent damage is done. Just like the other batteries, lithium-ion when stored automatically self-discharges.

Lithium-ion battery users shouldn't store it when fully charged because its battery life will be damaged. This is because the electrodes in the battery get degraded faster when fully charged. It is recommended to allow the battery to self -discharge during storage. Since Lithium-ion batteries do not have memory effect, what they have is effects caused by either overcharging or over-discharging. Overcharging this kind of battery can cause an explosion or a fire on the other hand over-discharging causes permanent damage.

The lack of memory in the Lithium-ion battery means that it requires the use of partial-discharge cycles than the deep- discharge cycles. After 30 charges, however, the lithium battery should be allowed to discharge almost completely.

How do you keep your lithium-ion battery healthy?

For your lithium-ion battery to last longer and healthy one must ensure that its discharge is as required and its temperature is good also. There are many ways of keeping your battery healthy some of these include; keeping the batteries at room temperature, avoid discharging completely, allowing partial discharge is disregarding the full ones and lastly ensuring that one gets a high-capacity battery than having a spare battery.

A lithium-ion battery has a minimum charging volts that are 2.5 volts where if one discharges the battery below that destroys it as it becomes dead. For your lithium battery to stay healthy do not discharge it completely always ensures the least it can go it’s up to 2.5 volts.

Allow the lithium-ion battery to partially discharge rather than complete discharge. This helps maintain the life cycle of the battery. It is imperative that one discharges the battery to the recommended cut-off and then recharge and this will ensure that the power gauge is kept safe.

For longer storage, it is advisable to store the batteries at 40% discharge while in a refrigerator. All that ensures that Oxidation of the lithium-ion is prevented hence storing it for longer while it’s healthy.

High and low temperatures especially when charging the batteries are not recommended hi is because charging during high temperatures increases the degradation of all the battery components hence permanent damage.

For better lithium-ion batteries, avoid fast charging and discharging as quickly too unless it's needed. Besides store the batteries in a cool place and avoid moisturized environments. Mechanical damage should be avoided too and let the users strictly follow the manufacturers' calibration instructions. Reading through the instructions enlightens the user on how to maintain their lithium-ion battery and hence becomes easier to maintain.